In the 39th match of Tata IPL 2022, RR has won against RCB by 29 runs, the little bit of hope germinating on RCB half is coming to an end here. After winning the toss, RCB decided to bowl first; RR set a very chaseable target after twenty overs of batting; it was 144 for eight wickets. In reply, RCB, however, got bundled in a mere 115. It was particularly RR bowlers, bowling spectacularly well. They have powered RR to beat RCB. Kuldeep Sen, who now says keeping the pace at a consistent 150 km/ hour, is the key here, with four wickets and merely twenty runs.

The situation was not in RCB’s favor. The top and middle-order batting collapse has remained an emblem of them this year. On the fifteenth over, Chahal was bowling to Hasaranga. The first ball was a boundary after a long wait, and it was perfectly placed – the full toss was perfectly placed between deep extra cover and long-off. Chahal, learning from the first delivery, made them over so tight that RCB, under pressure, only could have managed three runs in the rest of the five balls.

In the next over, Ashwin took up the last hope for RCB. Again, Shahbaz Ahmed is the young batter in great form this year. But, this time, when he was swirling the bat, it was edged and was caught by Riyan Parag. By dismissal of Ahmed, Ashwin took up his third wicket.

As the seventeenth ball was bowled, Hasaranga hammered on a Sen delivery, a length ball down the onside fine leg boundary; it was a four. The next ball was a fast-taken couple by Hasaranga to get his team on a three-figure score. On the fourth ball, Kuldeep got his man in style; Hasaranga was caught and bowled by him. It was a short-pitched delivery as Hasaranga went on to pull – the ball got a top edge, and Kuldeep deserved that wicket. Hasaranga was gone for 18 out of 13 deliveries.

After him, Siraj managed to hammer a boundary but eventually was dismissed on the fourth ball. While pulling a short delivery by Prasadh Krishna, Siraj was caught at the third man boundary. The penultimate over oversaw a vast six by Harsh Patel, but many more such strokes only could have managed a victory for RCB. The rest of the over remained barren.

In the final over asked for some 30 runs, and after two dot balls – it was confirmed that RR would win. And on the third delivery, the RCB came to an end as Parag caught Patel at the long-on boundary. So it was a very comfortable victory for RR. They have defended the league’s lowest total but have been elevated to the top order.

Batting woes for Bangalore continue here, even after taking up Kohli as the opening partner – nothing has worked for them. Cricket fantasy players have relied on him to perform well, but it hasn’t worked very well so far. It is a virtual platform through which innumerable cricket-crazy fans worldwide can create their team and score points related to the match. Building a team in fantasy cricket is never easy; it requires much vigilance for the spectators. Players need to consider every aspect of the match, including the pitch, the player’s past performance and their skills when deciding which players to go with as they build their team.

Do Comedians Make For Good Emcees? 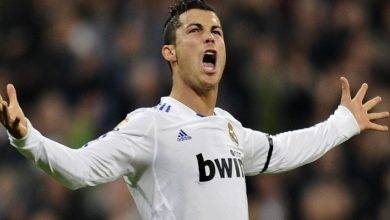 Ronaldo announced on Vn88: I would like to play for 6 months for Real Madrid